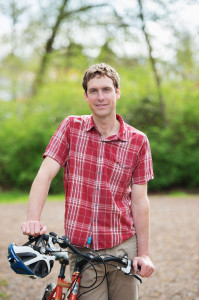 Thank you for supporting seed money for the proposed car free bridge! I watched the debate and found it to be relevant and especially revealing.

This begs the question: Why does an alternative transportation project, such as the people’s bridge, generate such a healthy debate, while the expansion of roadways, additions of traffic lights, and maintenance of general automobile infrastructure elicit so little attention?

I heard in the debate that there is only one taxpayer; does he know that a single traffic light costs upwards of $70,000?

Our roads consume a lot of land, are expensive to build and maintain, require expensive cars to use, and rely on an increasingly costly and polluting fuel source.

Maybe it’s time to ask Courtenay residents if we should continue spending millions (or is it billions?) of their tax dollars to expand and maintain roadways only for cars?

It would appear that someone in the City of Courtenay understands this. The Official Community Plan Bylaw clearly states, “The City will continue to pursue the development of a continuous, integrated bicycle network in order to promote and encourage cycling as a commuting alternative to the automobile.”

Its time to look ahead and be leaders. Let’s not wait till the majority of our residents realizes they can’t afford to only drive cars before we make changes.